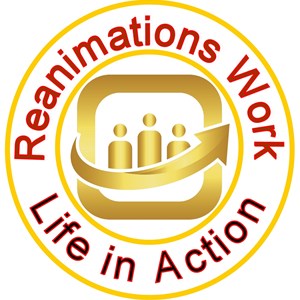 Reanimations, Inc. DBA Reanimations Works (hereinafter, RW), it is the main source of funding for Reanimations Behavioral Healthcare (other division of Reanimations, Inc.), it profits which can be considered as donations in each contract. RW has contractors affiliated who perform the most important construction specialties, so RW can provide New construction, Remodeling, Handyman and Programmed maintenance services, being the latter the most important by guaranteeing long-term contracts (6 months or one year) according with RW mission of providing stable employment, where RW will becoming a good business for apartment complexes if we consider that, the average salary of a full time maintenance technicians is about $28,000.00 or more a year, but regularly they are occupied about 29 hours a week performing tasks, while they are paid by 40 hours a week, by causing these companies losses, so it is profitable to hire RW’s technicians the days they need and save, by adding also emergency services.
RW also work as an employment (Staffing) agency for everyone, with the particularity of provides evidence-based support vocational, competitive employment and Business development for ex-offenders and individuals with disabilities, consistent with the eight practice principles of IPS. RW complete a pre-vocational assessment focused on individual's strengths and preferences that ideally determines potential for job carving options and train each worker before and during their time of employment. RW believe root of the problem how people perceive mental illnesses is stigma, which that does not start with human resources or company executives; in response, RW provides training and support to employers; It is paramount to train people to become familiar with the mental health population.
View Profile
Joel Benitez President/CEO
View Profile
Yuri Benitez General Manager